taking a jigsaw to the fangs

sorry about the screen door

I’ve been absent here for a time. I got that job I interviewed for in April. Almost instantly the load of working 40-45 hours a week meant I just couldn’t write anymore. This felt absolutely shitty after such a surge in writing as I’d had here this spring, but I was also thrilled to be making money for the first time in so long!

About two months after starting the job, the friends I had been staying with asked me to leave their home on one week’s notice. I wound up spending a night at my mamaw’s old house, getting sick from the mold and having all kinds of memories of last fall trigger. I called the crisis line of a local women’s shelter that night and was granted a room there the next day. I stayed about four months at the shelter.

During those four months I healed some, began taking walks on the weekends and doing photography of the decay around my town. I bonded with a couple of the ladies whose stay overlapped mine.

But I also began to feel a terrifying strain from the combination of working full time and living in a setting where it was super-difficult to get time alone! I could tell breaking down was coming. With quickness. So with quickness I saved up money and busted my ass to secure housing.

As I was moving out of the shelter, staff kept remarking I didn’t need to feel rushed to move out. I kept lying and saying I did not feel rushed. The truth was, I knew damn well I was rushing: the break down was just over the horizon by that point, and I knew if I didn’t get my own space pronto it would be a long time before I had another chance to do so line up for me!

I moved into my apartment with about a week left of September, and the next day began to have my break down. For 10 days I couldn’t leave the apartment; could barely even look out the window. I was terrified of everything. I couldn’t bear the sound of the bathroom fan; couldn’t bear the feeling of a bath (which I usually love). Could hardly eat. Spent a lot of money ordering pizza because it was the only thing I could fathom eating. Missed six days of work.

Went back to work October 2, still in breakdown. Worked all day that day. Next day went to work and after two hours I knew that was it. I resigned that day.

As that day went on, I became increasingly less verbal. Before I would come out of it that night, I almost went non-verbal.

After that day though, I felt more hope than I had in a long time. I felt as if something amazing was somewhere on the horizon if I’d just keep my eyes open for it.

Since then I’ve been hired to do freelance news writing for the local paper (awaiting assignments). I made a new friend online who consistently blows my mind with the encouragement and inspiration he offers me. I started seriously writing poetry again & feeling that part of me rise for the first time in ten long years!

Financially I’m at a struggle but I have confidence I’ll somehow work it out without my life crumbling apart as it had before.

I’m grateful for everything and everywhere I’ve ever been, but I’m also super grateful to be here now. 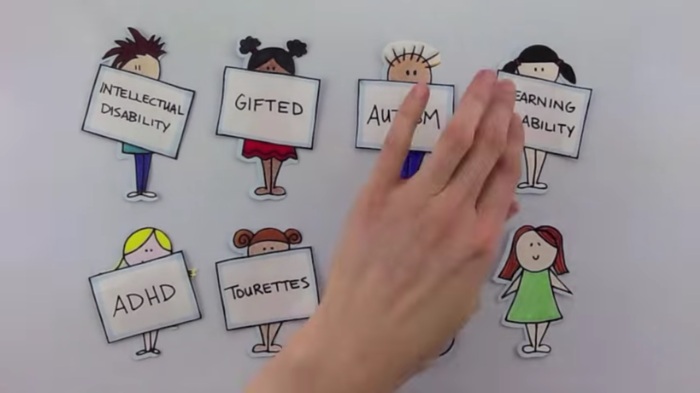 Yesterday, on Twitter someone shared this video and asked me for my thoughts.

Video description: A mostly unnarrated video in which a pair of hands puts labels on illustrated jars like jam, peaches, pickles etc. Then the hands start labelling drawings of children with intellectual disability, gifted, autism, learning disability, ADHD, Tourettes, cerebral palsy and Down Syndrome. The video ends telling the viewer that labels are for jars.

I think talking about my feelings on this needs a wider audience than the one on one exchange I had on Twitter.

I actually completely disagree with the entire video. I think it is important to give children the words to understand and describe their own experiences and that it is also important to teach nondisabled children about disability in a normalized way. I… 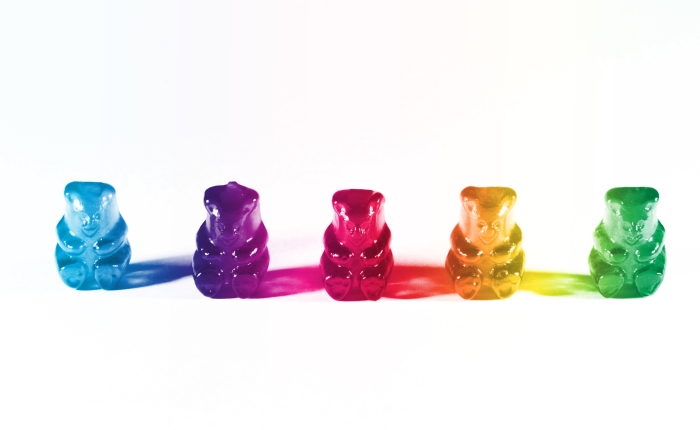 Diary Of A Birdmad girl

I abused children for a living. It didn’t look like abuse. It didn’t feel like abuse (at least not to me) but it was definitely abuse. I see that now. Back then, I actually thought I was helping those kids. In fact, it was and still is considered ‘therapy.’ And not just any therapy- the most sought-after autism therapy, often the ONLY therapy insurance will cover. To this day it’s lauded as the only “evidence-based treatment” for autism.

You see, I was an ABA therapist. My official title was ‘Behavior Technician’ which in itself is really telling. I was hired off the street with no background in child development, no knowledge of autism or ABA, and no experience working with children, let alone autistic children. I. Literally. Did. Not. Know. What. Autism. Is. And I wouldn’t find out what autism is in the years that I worked there either. 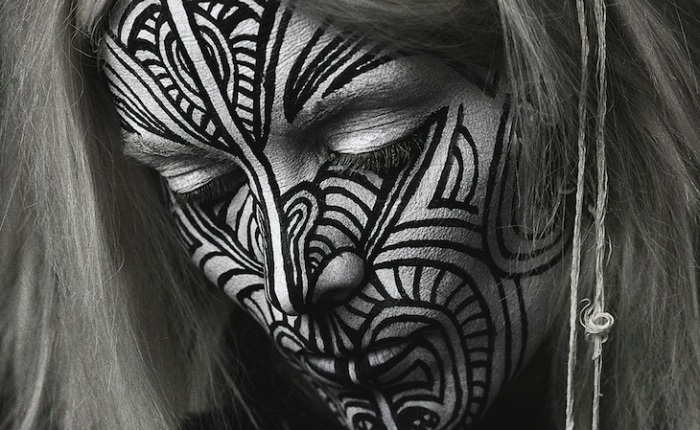 I’ve written a lot before about acting and masking.  For the cheap seats, it’s a prevalent theme throughout the Asperger’s/autism spectrum community.

The way I see it, “masking” is the idea of putting on a proverbial mask, one that covers up your true personality, your true self, etc.  In essence, hiding who you truly are.  “Acting”, on the other hand, is related, but different; one either adopts the characteristics or even persona of another, or perhaps constructs a new persona altogether.

I’ve acted and masked all my life, from my second year of kindergarten onward (yep, you read that right; I spent two years in kindergarten.  Long story.  Not due to intellectual or cognitive impairment).  Acting and masking are survival traits of sorts for me.  I couldn’t have “functioned” in this world without them.  Masks and acting roles construct a hologram of me that is deemed acceptable by my peers.

Papa died when I was in kindergarten, so I don’t remember him all that well, but my parents always told me a story. Before papa died, when we would go to their house to visit, he had a small decorative pair of gold metal shoes he would give me to play with. Apparently I would take these in another room and become engrossed with them for the duration of the visit. When we would go to leave I would never hug granny. I would hug papa twice and tell him to put the other one in his pocket to give to her later.

As I was growing up granny was often a source of hurt for me. She showed me routinely my cousins were more important to her than I was. For example she would invite my mom and I to get pizza with her and my cousins. Every time she would ask which toppings I wanted. And then every time she would state that my cousins wanted sausage so we would be getting that instead.

One memory that stands out is from when I was maybe about 14. She wanted to take me shopping for my birthday that year, and I knew what I wanted so I told her we should go to Border’s bookstore. We did and I picked out the Kalevala (ancient Finnish epic poem). She bought it for me. In the car on the way back she asked what it was and I told her. She started saying, “Finland?! That’s an odd thing to be interested in!”

Basically she always left me feeling second rate and sometimes belittled. We wouldn’t really bond at all until after she had a stroke, consequently developing aphasia. When she had the stroke we went to the hospital to see her before she “woke up”. When it was my turn to visit with her, I said, “Granny, even though you can’t talk, I know you can hear me and I love you.”

Months later after she had gotten through speech therapy to help her with the aphasia, she told me she had heard everyone that day. She said how much my words meant to her, as everyone else had prefaced what they told her with “even though you can’t hear me”. She also revealed she had been terrified because she wanted to pray but didn’t have words. I told her she had prayed with her heart and that God speaks the language of the heart. She wanted me to write this on a piece of paper for her, so I did.

She seemed to treat me with greater respect from there. So the last few years of her life, visiting with her was more pleasant. I just wish it hadn’t taken those circumstances for her not to write me off as something of a black sheep grandchild.

I dream of a world in which to say that one is Aspergian/autistic conjures up accurate imagery.

I long for a place and time in which someone can disclose their status and be met with acceptance, support, or even a neutral indifference.

I’d like to build a society in which the use of the “autistic” term does not ignite fear and apprehension.

I would love to see a culture in which to tell someone you’re on the spectrum doesn’t change the other person’s perception of you or how they treat you.  A world in which to say you’re autistic isn’t followed by being treated with skepticism or talked down to.

Source: The double-edged sword of labels in the autistic world

Credit for this image goes to the Vellum and Vinyl page on Facebook.

As a consequence of not paying attention to health, she doesn’t acknowledge symptoms of stress, and instead she’s prone to explaining most problems with a lack of motivation. When an autistic kid is dead tired on a Monday morning and crying because the demand of brushing teeth and putting on clothes is too high, she explains this with that he or she (no other genders exist to her) isn’t being challenged enough. No matter how much information I’ve given her that explains that this can happen when the weekend has been too energy consuming, she doesn’t really believe me.

Source: My Mom Is an Autism Expert and I Don’t Trust Her to Take Care of My Autistic Child